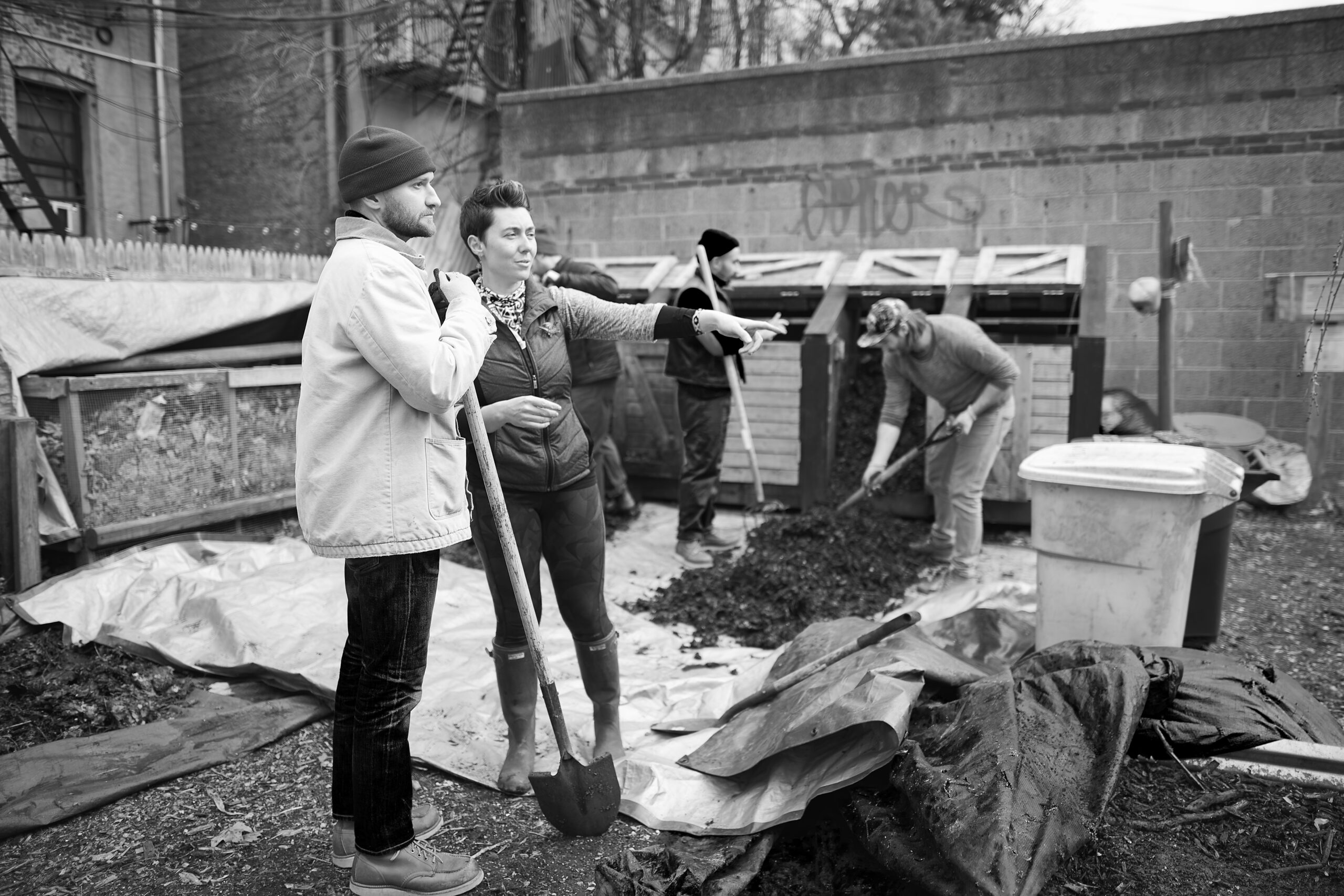 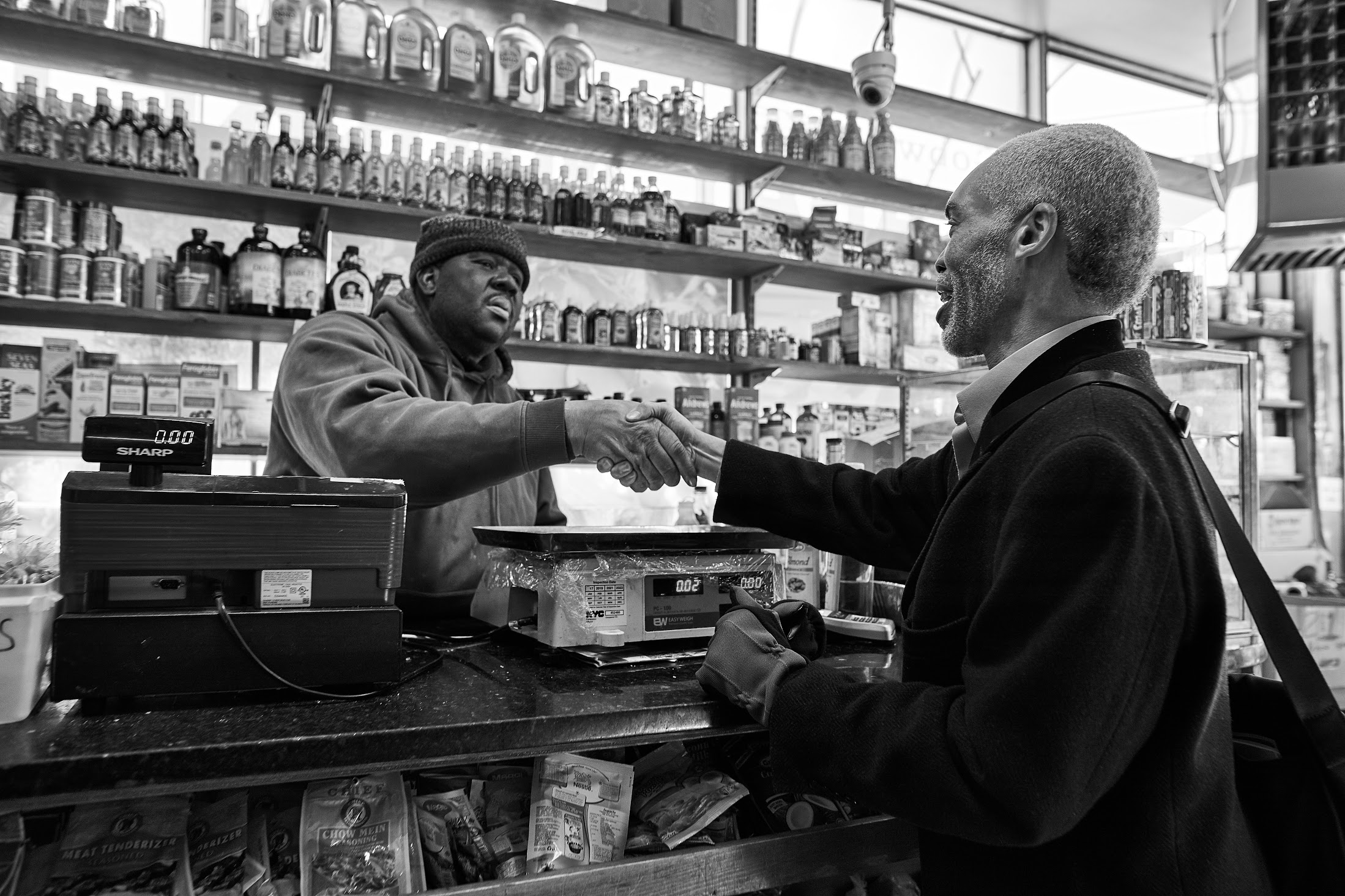 Voices of Lefferts aims to document neighborhood history through community writing, art, and oral history, that is, through the stories and voices of the people who live here. The deep structural changes in wealth, housing, and demographics taking place locally, nationally, and globally today are as significant—if not more so—as those in the Depression era. While they are documented in contemporary film, photography, literature, and journalism as well as by social media as a kind of citizen journalism, there is no unified effort “to introduce America to Americans” comparable to that of the 1930s Federal Writers’ Project.

In addition to “introducing PLG neighbors to PLG neighbors,” Voices of Lefferts serves as an example of community writing, art, and oral history that can be replicated in neighborhoods anywhere. Inspired by great documentary works like Richard Wright’s Twelve Million Black Voices, written to accompany Farm Security Administration photographs, as well as by contemporary interest in community writing (e.g., Coalition for Community Writing and The Federation of Worker Writers and Community Publishers), VoL aims to empower Flatbush-PLG residents to tell their own stories in their own words, to engage in wider public dialogue about the neighborhood’s past, present, and future, and to promote community literacy. 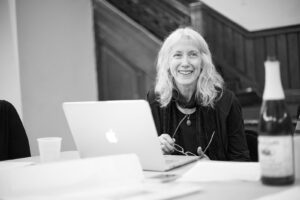 Deborah Mutnick (Project Director) is a professor of English at Long Island University Brooklyn. She has lived in the neighborhood since 1996 and sits on the Prospect Lefferts Gardens Neighborhood Association Board of Directors. She has led several community writing and oral history initiatives over the years involving public schools, 1960s civil rights in Brooklyn, and neighborhood story circles. 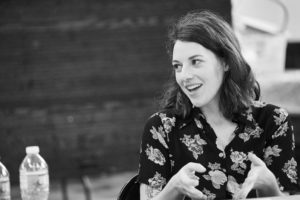 Laura Thorne (Oral History Director, Editor) is a Canadian writer, illustrator, oral historian, and publishing professional based who now calls PLG home. She completed her graduate work in publishing and journalism at The New School and currently works for an editorial design studio. She also works frequently with Oral History Summer School, a training program based in Hudson, New York. 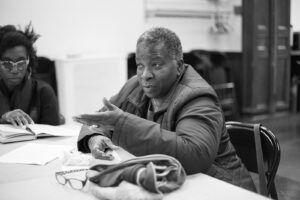 Brenda Edwards (Coach/Editor) is a longtime PLG resident and retired high school English teacher who taught as well as an adjunct at New York City Technical College. She sits on the PLGNA Board of Directors and is a devoted community activist. Edwards also participated in the first round of community publishing and contributed to “In Between.” 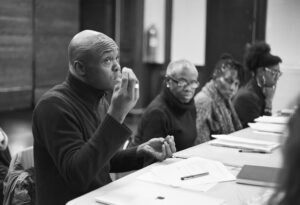 Robert Gibbons (Coach/Editor) is a poet with an MFA from CUNY, who has published in various literary magazines. Robert joined the project team as an editor/coach in spring 2019. 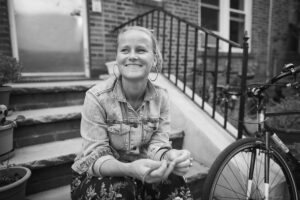 Liz Oliver (Coach/Editor/Acting Director of Oral History) settled in PLG in 2011 while pursuing her M.A. at the New School for Social Research. Prior to that, she worked as a writer and editor in Minneapolis, a bike messenger in Oregon, and a literature teacher in Thailand and Myanmar. She spent seven life-changing years as an educator in a NYC public school, before recently moving into the nonprofit realm. 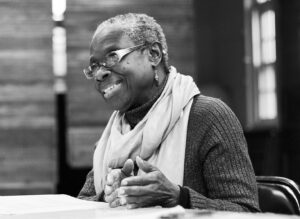 Andrea Phillips-Merriman (Coach/Editor) is a longtime Brooklyn resident. At Columbia University, she majored in literature and writing. As a community development/housing counselor, she addressed housing problems such as foreclosure and displacement, advocated for tenants, and educated residents about their rights and responsibilities. She is currently writing children’s books and food stories. 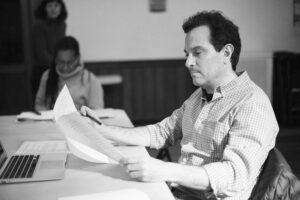 Ron Drenger (Copyeditor) has lived in PLG since 2012 and has worked in a variety of fields, including journalism, recruiting, and management consulting. He is an experienced writer and editor who began working with the project team in 2016. Drenger participated in the first round of community publishing and is a contributor to “In Between,” the second Souls of Lefferts publication.

Liz Dory (Photographer) is a cinematographer. Her cinematography for TRACES OF THE TRADE and THE RECRUITER premiered at The Sundance Film Festival and The Human Rights Watch International Film Festival with national broadcast premieres on POV and HBO, earning two Emmy nominations and a du-Pont-Columbia Award for Excellence in Broadcast Journalism. A member of the International Cinematographers Guild, she lives in PLG with her husband and two children. 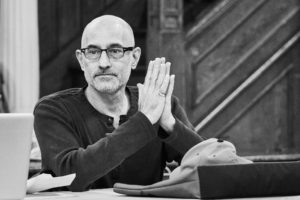 Frank Marchese (Graphic Designer) has directed creative teams for more than 17 years, after co-owning a graphic design agency for 20 years. He specializes in the design and copywriting of marketing materials. Frank and his husband, Stephen, have a collection of original art that they proudly display in their home in Lefferts Manor, Brooklyn. 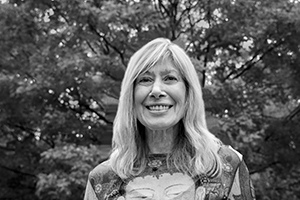 Rina Kleege (Copyeditor) is a trained performer, singer, and songwriter with her band, Axiom Addicts, and a medical editor. Her previous experience in public relations for films, their producers, and actors also prepared her for her work with the PLG community’s performing arts and artists. She holds a Master of Science degree in Publishing. 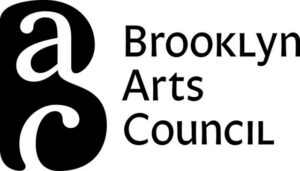 Originally settled by the Lefferts family in 1660, PLG consists of a eight block rectangle of landmarked brownstone and limestone houses known as Lefferts Manor and a surrounding area bordered by Prospect Park, the Brooklyn Botanic Garden, New York Avenue, and Clarkson Avenue. In the 1960s, realtors used blockbusting tactics to scare white residents afraid of falling real estate values into selling cheap so agents could get higher prices from black buyers anxious to escape overcrowded, impoverished, predominantly minority urban neighborhoods. Once the racial transformation of the neighborhood was underway, redlining practices by banks deemed it a “risky” investment and made it difficult to obtain mortgage loans. Growing racial tensions and violence resulted in middle class white flight, disinvestment, and the “abandonment” of PLG and many other Brooklyn neighborhoods for the remainder of the 20th century.

Previously known as Flatbush, a name still preferred by many longtime residents, the neighborhood was renamed “Prospect Lefferts Gardens” in 1968 when a progressive, interracial, neighborhood association sought to fight back against the banks and realtors by enlarging the map of the community beyond the small historic district made up of Lefferts-era single-family houses to encompass a wide swath of working class and middle-to-low income homeowners and renters. The Prospect Lefferts Neighborhood Association (PLGNA) was formed explicitly to promote a multiracial, multi-income residential neighborhood in the spirit of Dr. Martin Luther King, Jr.’s dream.

By the mid-2000s, Brooklyn had become “hot,” attracting major developers like Forest City Ratner and ushering in a new “Brooklyn Renaissance” supported by tax breaks like New York State’s 421-A tax abatement program. In 2007, the first sign in PLG of the unfettered development that has transformed downtown Brooklyn and areas like Williamsburg could be seen in plans for a 23-story glass condo half a block from Prospect Park. Community opposition formed quickly, and the proposed new development was widely condemned as out-of-scale with a footprint that would increase density, result in rising prices and rents, obstruct views of the park, block light, and endanger migrating birds.

Though local protest indicated the potential for coalition building in opposition to gentrification, it was the 2008 financial crash and the developer’s loss of funding that saved the neighborhood from the glass tower. In 2016, the Parkline, another 23-story tower overlooking the park opened its doors not far from the high-rise projected in 2007. Although the Parkline has no glass towers and is set further back from the road to reduce its impact, it also met with strong local opposition, including an unsuccessful lawsuit charging that the developer’s Environmental Impact Study was insufficient. A racially and economically diverse mix of homeowners, tenants, and merchants, PLG residents face complex legal, ethical, and political questions about what constitutes affordable housing and how best to stop the displacement of longtime, low- and middle-income residents and preserve the racial and economic diversity that has been a neighborhood goal for nearly fifty years. According to the 2010 Census, since 1990, PLG’s black population has decreased by 25.5 percent while the number of whites increased by 127 percent from 2,390 in 2000 to 3,040 in 2010.